The term “historical dances” is used to denote dance forms devised between the 15th and the 18th centuries, known from treatises and records which now serve as a basis for their reconstruction. Throughout the discussed period, dance presentations and practice were inseparably connected with court culture. Royal and princely courts became centres of cultures, in which dance masters acted as dancers, pedagogues and organizers of events. Dance functioned in two distinct fields as early as in the 15th century. First and foremost, it was practiced at balls and court celebrations as a social dance and a display or presentation. Secondly, it was integrated into theatre as part of court ballets featuring performances by dance masters and their most gifted students.

Starting in the 15th century through the French Revolution, dance was as an important facet of courtly life. Dance education figured in all court curricula, its role vital in the shaping of courtiers’ posture, manners, and etiquette. Organized at boarding schools, convents and cadet corps alike, dance lessons were considered a terrific form of physical and kinetic exercise, and a preparation for hand-to-hand combat and fencing. Rulers displayed their might and wealth by recreating the roles of ancient heroes and gods in ballets. Louis 14th, the greatest dancer among monarchs, used dance as a vessel of transmission of his political ideology. At the same time, as a patron of dance, he established the Royal Academy of Dance in 1661, greatly facilitating the development of ballet and stage dance techniques.

Spanning many days, court celebrations featured numerous balls, each filled with social dances and ballet displays. Dance masters, who were frequently musicians and composers, continuously came up with new forms inspired by traditional dances from different regions of Europe and the world. As an art form, dance has been an object of studies and analyses since its very formation, resulting in various treatises on dance and different ways of its notation. In the 15th and 16th century, France, Italy, and Spain were the most resilient centres of dance scholarships; in the 17th and 18th century, numerous texts on dance were also published in England and Germany.

The majority of those treatises contain verbal descriptions of individual components in various dance forms (steps, figures), supplemented with musical notation. A number of these entries include information concerning the desirable modes of behaviour, ballroom etiquette, and preparation methodology. Towards the end of the 17th century, French dance master Pierre Beauchamp devised a system of movement notation using graphic symbols, which was later published by another specialist in the field, Raoul Auger Feuillet, in his Chorégraphie[1]. This extremely precise system of notation of steps, hand gestures, and spatial figures, combined with musical notation, was adopted throughout Europe and used until the end of the 18th century. Thanks to Feuillet’s choreographies, we may recreate and learn more about the baroque dance technique, known as belle-danse or noble-danse, which laid the foundations for classical ballet. Feuillet’s publications, along with the descriptions of dances published in earlier treatises, are a copious presentation of greatly diversified dance forms.

This website presents the best known and most characteristic dances of each period, which were danced at balls and in theatres at each court and stage in Europe, from Madrid to Saint Petersburg. The presented descriptions have been prepared based on historical treatises codifying their respective steps, figures, character, and manner of performance. Some dances (such as the courante, allemande, and gavotte) are described twice, since their form and function changed throughout centuries. We also bore in mind the important role of historical costumes, which conditioned the character and manner of performance, both in the ballroom and on stage. Our film presentations feature costumes which match the period and style of each dance, thus enabling the user to thoroughly acquaint themselves with this rich and diversified art form. 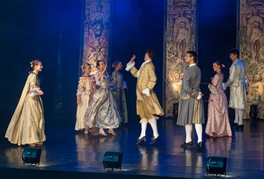 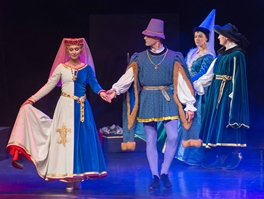 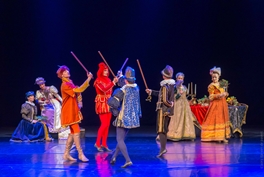 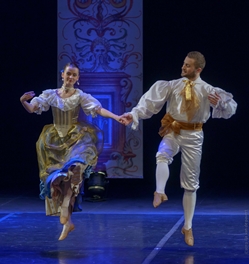