Polish national dances are a group of dances selected based on national tradition and ideology. The national dances were chosen in the course of the process of selection and reinterpretation of social dances of various classes between the 16th and the 20th century.

The awareness of national distinctiveness of dances was present in Poland as soon as during the reign of Władysław Jagiełło in the late 14th century, in the sermons of preachers who pointed to the negative influence of German and French dances. In the 16th and 17th century, French, German, Italian and Spanish dances were distinguished from the local walking dances, as well as the various types of “goniony”, “gęsi”, “skoczny”, świeczkowy”, “mieniony”, “spiewany”, “wielki”, “mały” and “wyrwany”. The latter are commonly thought to have laid the foundation for Polish national dances. Also applied was the denotation “Polish dance”, although it did not indicate any specific dance genre, but rather referred to all dances of Polish origin. A similar phenomenon may be observed in various notations of dances performed throughout Europe and known as the Polnischertantz, chorea polonica or ballo polacco.

The first descriptions of Polish dances which may be considered as the prototypes of the polonaise and the mazur were included in the 17th century accounts of foreign courtiers (including Gaspard de Tende, Jean Le Laboure, Bernard O’Connor) and diplomats (Galeazzo Maroscetti). By the early years of the Saxon reign of Poland, these dances had firmly established themselves in the country, and their performances during court ceremonies became an emblem of Polish culture. Apart from still more foreign accounts (Johann Bernoulli, William Coxe, Karl Heinrich von Heyking, Friedrich Schulz, Elise von der Recke, Johann Joseph Kausch) the 18th century also saw the first descriptions of the polonaise and the mazur by German dance masters (Gottfried Taubert, C. J. von Feldtenstein, Christoph Hänsel). The basic step in both of these dances, which the German masters referred to as the Polish step, was very similar at the time, with the only major differences in their tempos (slow in the polonaise, fast in the mazur), and character (the latter dance featured a slight jump step). Also important was the role of exaggerated gestures, which expressed the mutual respect between dancers. Refined by the French dance masters, the polonaise and the mazur entered the curricula of convent schools, cadet corps and boarding schools during the reign of Augustus III, becoming part and parcel of theatrical performances staged at such institutions. It was most likely at that time that side steps were added to the polonaise which referred to the pas de bourree steps, along with highly systematised bows and complex spatial arrangements, whose character had previously been improvisational.

Danced several times more often than the mazur, the English contredanse or the French minuet, the polonaise remained the principal Polish dance throughout the second half of the 18th century. Still, it was the cossack that was considered as the exemplary Polish dance on account of the co-existence of Poles and Ukrainians within the same political entity. In the 1780s, the cossack was even performed by young nobles during the most formal of balls in the capital, while also making it to the Warsaw ballet stage (Kozaki czyli Zezwolenie wymuszone [Cossacks, or a Forced Permission], Kozacy i Węgrzyni [Cossacks and Hungarians], Krakowiacy i Kozaki [Cracovians and Cossacks], Cztery kadryle [Four Quadrilles]), no doubt influencing the form of the krakowiak dance which was performed along the polonaise in such performances, much in the manner in which Hungarian dances had an impact on the formation of the mazur. Towards the end of the 18th century, the krakowiak joined the group of national dances.

The loss of independence by Poland directed the attention of the social elites towards the significance of the specific cultural components in the struggle for the preservation of national identity and a sense of community in the Polish society now divided into three separate political organisms. One of them was the value of national dances, both in their choreographic and musical dimension, hence the publication of a number of studies by such authors as Kazimierz Brodziński (1829), Karol Czerniawski (1847, 1860), Marian Gorzkowski (1869), or Walery Gostomski (1891). National dances were also featured prominently in the dance handbooks published in the country and abroad (Jan and Ignacy Staczyński, 1846; Mieczysław Hłasko, 1846, 1857; Jan Popiel, 1861; Arkadiusz Kleczewski, 1879; Karol Mestenhauser, 1878, 1881, 1884, 1888, 1894, 1901, 1904; Mieczysław Rościszewski 1904). The choreotechnic vision of national dances was further solidified by the invariably popular 19th century ballets, such as Wesele w Ojcowie [Wedding in Ojców] and Pan Twardowski, as well as ballet insertions to Polish operas such as The Haunted Mansion, Halka or Jawnuta. Still, the set of Polish national dances did change in major ways, both quantitatively and qualitatively. In the first quarter of the 19th century the polonaise quickly waned, its role diminishing to that of a minor aspect of social etiquette, where it marked the beginning of formal balls and family ceremonies. Around 1823, the polonaise was superseded by the mazur, whose receptivity to contredanse and quadrille figures enabled it to thrive until the turn of the centuries. Consecutive revolts marked the decline of the cossack, no longer mentioned following the fiasco of the January Uprising. On the other hand, the proliferation of the myth of the Kościuszko Uprising was reflected in the increased role of the krakowiak, which dominated the ballroom culture between 1864 and 1905, accompanied by the adaptations of the oberek and the kujawiak, which were often presented as a single musical and choreographic entity, sometimes also as part of theatre performances. Infatuated with the folk culture of Zakopane and the Tatra Mountains, the high society of the second half of the 19th century and the first half of the 20th century also postulated the introduction of highlander genres to the national canon, an attempt which ultimately proved to be unsuccessful.

In the 1870s, the position of national dances was weakened by the influx of new dances such as the Boston, two step, cake walk, one-step, tango, and eventually the foxtrot. As early as ca. 1880, the presence of mazurs at aristocratic balls was sustained mainly by the older generations, a tendency later mirrored by the lower classes. The situation precipitated so noticeably, that in 1907 Zygmunt Kłośnik issued an official announcement and called for the establishment of the Lviv Society for Physical Games, his main purpose to revive Poland’s national dances. Once the country regained its independence, the demand was raised repeatedly by physical education teachers. Eventually, the programme “Polska i jej kultura” [Poland and its culture], which was introduced to school curricula in the 1933/34 school year, included teaching national dances as one of its goals, thus facilitating their revitalisation. This was accompanied by the release of a number of publications which codified national dances in a new, educational dimension (Jan Ostrowski-Naumoff, Józef Waxman, Zofia Kwaśnicowa). At the same time, influenced by expressionist and rhythmic dance, as well as acrobatics, new, award-winning stage arrangements of Polish national dances were created, presented at the international competitions in Berlin, Paris, Warsaw, and Vienna (Piotr Zajlich, Feliks Parnell, Ziuta Buczyńska, Jadwiga Hryniewiecka, Jan Ciepliński, Bronisława Niżyńska, Tacjanna Wysocka, Irena Prusicka, Janina Mieczyńska).

While the ideas of the interwar period remained influential after the war, the 1950s saw a political decision to enforce presentations of national dances in folk costumes only – an attempt which has left a mark still witnessed today. An interesting initiative to fit national dances to social dance requirements was proposed in Jadwiga Hryniewiecka’s 1967 book (republished in 1971 and 1973)[1]. Hryniewiecka’s suggestion was soon followed by the Hungarian concept of “dance houses”[2]; both were formed based on the experience of stage dance ensembles. However, for a long time Poland fell short of coming up with organizational framework which would help translate Hryniewiecka’s vastly popular publication into action (in Hungary, the idea was popularised through a network of cultural centres and summer dance and music courses). It was only in 1977-1979 that Marian Wieczysty (1902-1986), supported by the Federation of Dance Associations and Clubs in Poland, organized the first courses in Polish national dances treated as social dances by adapting Hryniewiecka’s ideas for use in tournaments. Unfortunately, the poor condition of its architect, along with the social unrest and the subsequent economic crisis, prevented the implementation of the idea, which was taken up anew in 1994. Its initiators had already devised a standardised set of national dances components in 1987-1989 during the meetings of the Council of Experts on Folklore appointed by the Ministry of Culture and Art (summarised in a publication by Czesław Sroka).

At present, the sole commonly practised national dance is the polonaise, which retains its ceremonious function on occasion of extraordinarily formal dance events, in particular the so-called “studniówka” high school pre-graduation balls. National dances are also rarely featured on stage, although they did settle firmly in the repertoire of folk dance ensembles, both among professionals (“Mazowsze”, “Śląsk”, Court Ballet Cracovia Danza and the Representative Ensemble of the Polish Army) and their amateur counterparts. Another distinct form in which national dances have survived until today is through dance tournaments which approach them on a par with other social dances. 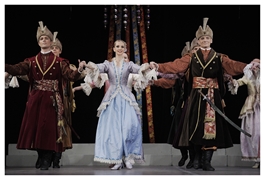 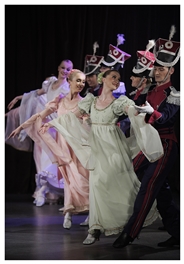 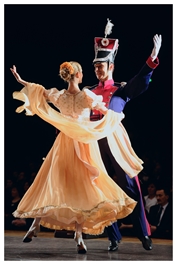 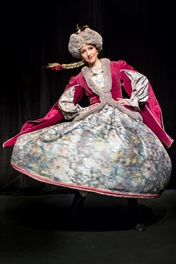